2017 International Perfumer’s Prize of the SFP 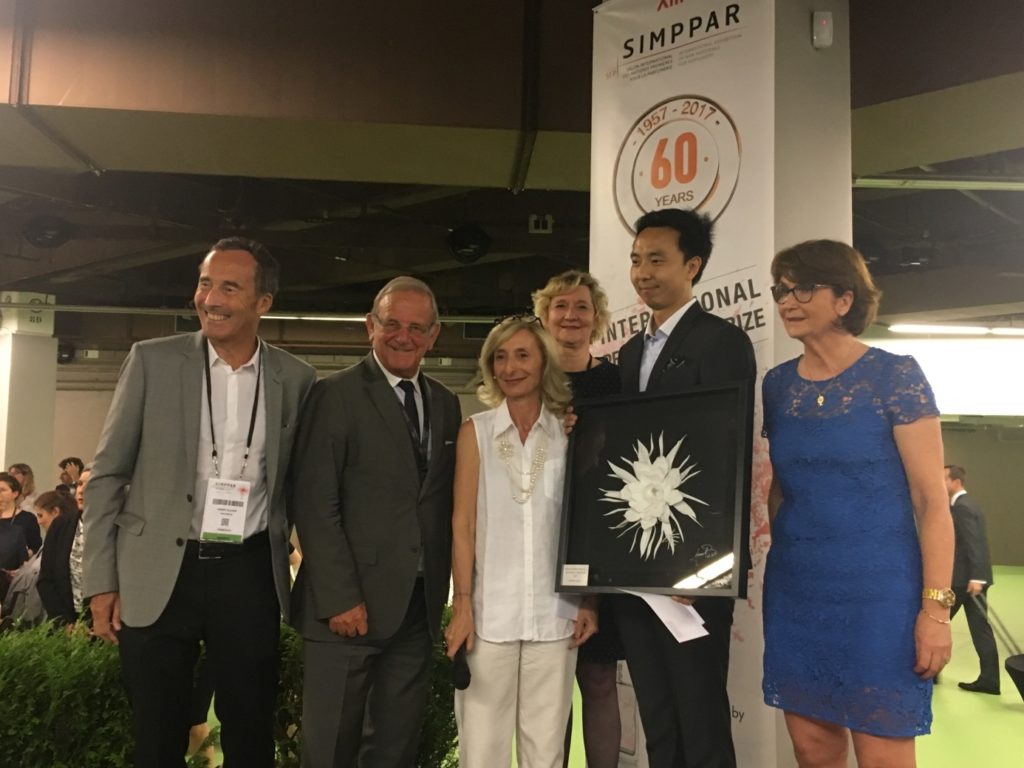 Robertet Group is proud to announce that Steve Guo was awarded the 2017 International Perfumer’s Prize of the SFP  by Marielle Dubreuil-Ruquet (SFP) and Olivier Cresp (2017 President of the Jury) on Wednesday 14th of June at SIMPPAR (“Salon International des Matières Premières pour la Parfumerie”).

Steve Guo was born in 1982 in Beijing. After a license in industrial design, he arrived in France to become a perfumer. After a bachelor’s degree in Chemistry at the University of Strasbourg, he obtained a master’s degree in Engineering of Cosmetic, Flavors and Fragrances at the University of Montpellier 2. He was appointed at Galimard (2012-2013) where he started to learn formulation. In 2013, he joined Robertet China and ended his training at Robertet Grasse Perfumery School from March to September 2016. It’s during his training in Grasse that he created the winning fragrance “Chypre 24”.